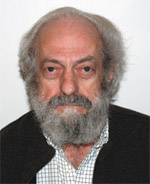 Paul R Brass is Professor (Emeritus) of Political Science and International Studies at the University of Washington, Seattle. He has published numerous books and articles on comparative and South Asian politics, ethnic politics, and collective violence. His work has been based on extensive field research in India during numerous visits since 1961.

His teaching specializations include: comparative politics (South Asia), ethnicity and nationalism, as well as collective violence.

In 2012, Professor Brass was awarded a Fulbright-Nehru Senior Research Fellowship grant for the academic year 2012–13, which allowed him to carry out further research in India during his stay of nine months. During that period he was affiliated with the Centre for the Study of Developing societies, Delhi.