Lee Epstein is Ethan A.H. Shepley Distinguished University Professor at Washington University in St. Louis. She is also a fellow of the American Academy of Arts and Sciences and of the American Academy of Political and Social Science. A recipient of 12 grants from the National Science Foundation for her work on law and legal institutions, Epstein has authored or co-authored over 100 articles and essays, as well as 15 books, including The Choices Justices Make (co-authored with Jack Knight), which won the Pritchett Award for the Best Book on Law and Courts and the Lasting Contribution Award for making a “lasting impression on the field of law and courts.” The Constitutional Law for a Changing America series (co-authored with Thomas G. Walker) received the Teaching and Mentoring Award from the Law and Courts Section of the American Political Science Association. Her most recent books are The Behavior of Federal Judges, with William M. Landes and Richard A. Posner, and An Introduction to Empirical Legal Research, with Andrew D. Martin.
Constitutional Law for a Changing America
Constitutional Law for a Changing America
Constitutional Law for a Changing America
The Supreme Court Compendium
The Supreme Court Compendium
Supreme Court Compendium
The Choices Justices Make
Contemplating Courts 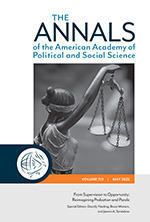