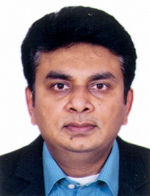 D. Suba Chandran is a Director at the Institute of Peace and Conflict Studies (IPCS), New Delhi. His primary areas of research include Pakistan’s internal security, Afghanistan and Jammu and Kashmir. He is currently working on ‘Indus Water Governance’—a study aimed at improving the process of water governance and addressing the concerns of various sub-regions in the Indus Basin region. He is also working on ‘State Failure in South Asia’, especially focusing on the stability–instability curve, and testing the hypotheses of cyclic failure and functional anarchy. He is the author of Limited War: Revisiting Kargil in Indo-Pak Conflicts (2005), editor or co-editor of several books and articles and has widely published in the regional and national media. He is also an Associate at the Pakistan Study Research Unit (PSRU), University of Bradford, and has been a Visiting Professor at the Pakistan Studies Programme, Jamia Millia Islamia, New Delhi.