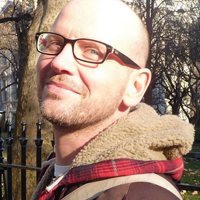 Chris Yuill is a sociologist at Robert Gordon University, Aberdeen, whose work focuses on the sociology of health and the sociology of urban experiences. In addition to a variety of journal publications and research reports he has written and co-edited a number of textbooks for SAGE, one of his most recent being Sociology for Social Work co-edited with Alastair Gibson. Other texts include Understanding the Sociology of Health: An Introduction with Anne-Marie Barry, which is now in its third edition and has also been translated into Chinese. Chris has also served two terms on the executive of the British Sociological Association.
Social Work
Understanding the Sociology of Health
Social Work
Sociology for Social Work
Key Concepts in Health Studies