Dr Amitabh Rajan is a retired Indian Administrative Service officer of Maharashtra cadre, who, during the past four decades, has led large organizations (namely institutions of foreign trade, financial services, power sector regulation, public investment, internal security and vigilance). He was the Home Secretary to the Government of Maharashtra for three years, District Magistrate for five years and served at the highest policy levels in the union ministries of finance, personnel and social justice for several years. He was also Chairman and Managing Director of a national development finance corporation for five years and an Independent Director in the Board of the State Trading Corporation for three years. Besides being the Chairman of the Reserve Bank of India Services Board, Dr Rajan is also a member of the State Bank of India’s independent committee on stressed assets.

He received his PhD in sociological jurisprudence, which was published as a book, and has taught at two central universities. He has also authored seminal articles on the jurisprudence of children’s rights and on the evolution of information rights jurisprudence, published simultaneously in the Indian Journal of Public Administration and the All India Reporter. Other publications cover topics relating to regulation theory, post-2008 financial technology, institutional dynamics of governance reform, institutional politics of anti-corruption and critique of the neoliberal public management approach.

Dr Rajan has represented India in various international venues including the Ministerial Conference of the Paris Pact, where he led the Indian delegation in the absence of the Union Finance Minister. He also led the Indian delegation at the SAARC Technical Committees in Pakistan and Bangladesh. He has held memberships in the council of administration, International Institute of Administrative Sciences, Brussels, and the governing council of the Asian Group for Public Administration, Beijing. He currently holds the position of the President of the International Chamber of Professional Education and Industry.

Dr Rajan is now settled in Delhi and occupies himself with intellectual pursuits in the exploration of the ongoing paradigm shifts in finance, technology and society. He has authored several research papers and is frequently invited to give talks on these topics. He also serves on various advisory boards, editorial boards, research councils and governing councils. 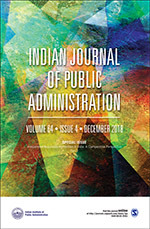